Joanie Speaking at the Trailhead 2015 Conference 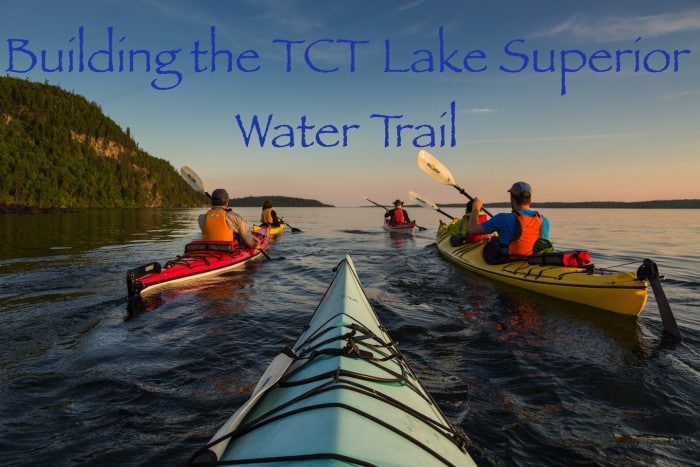 In the fall of 1989, the McGuffins were involved in the first steps to establish a basin-wide Lake Superior Water Trail. (Water Trails were in their infancy at the time. America’s oldest, the Maine Island Water Trail, had only just been formed the previous year.) Minnesota, Wisconsin and Michigan, the three states bordering Lake Superior, have since established a variety of designated water trails along the coast. In 2013, the McGuffins mapped out the 1,000km TCT Lake Superior Water Trail between Thunder Bay’s Fisherman’s Park and Gros Cap Harbour near Sault Ste Marie. The Lake Superior Watershed Conservancy [LSWC] is the registrant of this section of TCT trail, and will oversee its implementation by 2017. But as an international non-profit charitable organization dedicated to the entire watershed, LSWC is enabling this Water Trail, this “ancient heritage highway”, to be a connection between the land, the water and the communities for the benefit of the entire lake and its people. LSWC is implementing a Lake Superior Heritage Coast through connecting the Water Trails around Lake Superior.

This trail building story is a conservation story and a cultural story. It is a community-building story which is critically important on a local, regional, provincial, national and international level about one of the planet’s most important freshwater landscapes.

Joanie’s presentation, illustrated with Gary’s stunning photography, will take you on a great adventure and leave you breathless as it reveals the immense power of trail building.