Our two year canoe trip across Canada from the Gulf of the St. Lawrence to the Arctic Ocean, became known as the world’s longest honeymoon. 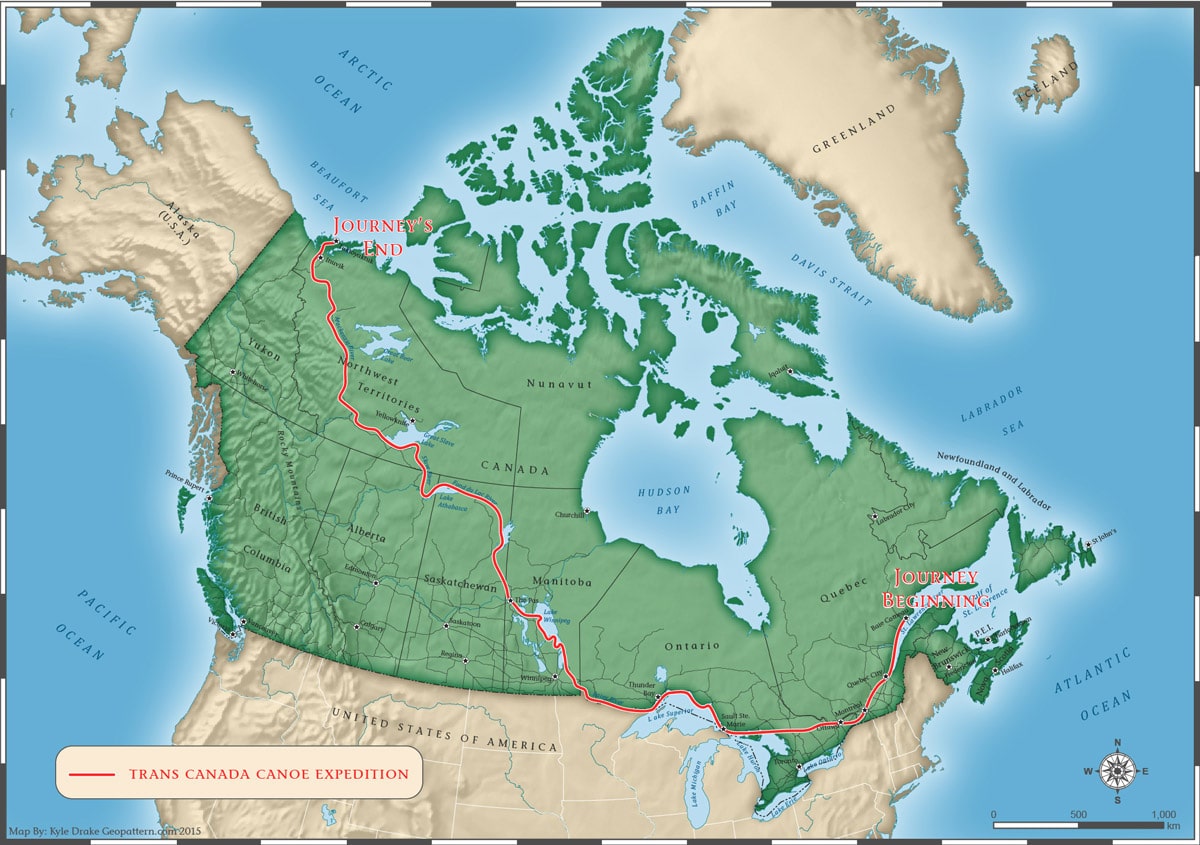 Q: What kind of canoe did you use?

A: After much research knowing we needed capacity and speed, we ordered an 18.5 foot kevlar Sawyer Charger from Woodstream Canada.  From a fish’s perspective, we imagined our white canoe hull somewhat resembled the similarly sized beluga whales whose territory we paddled through in the St. Lawrence.  A canvas company in London Ontario sewed up our design for a two-part tarpaulin with spray skirts.  Dome fasteners running the length of the hull just under the gunwales fastened the canoe cover securely providing a cutting edge expedition system that fully protected us from the elements in cold, wet weather.

Q: How many miles did you paddle each day?

A: This varied tremendously over the course of such a long journey.  Our longest day was 120 km (75 miles) and a few rare days 0 miles when the waves were too high and the wind too strong.  But, all told , we covered over 40km (25 miles) a day on average enabling us to complete the expedition in a two year window of 4 months the first year, and 3 months the second.

Q: How did you decide on the route?

A: Basically the receding glaciers 11 millennium ago laid out the route at the edge of the Canadian Shield.  As the ice receded it left in its wake a network of rivers and lakes that early travellers soon discovered as they made the transition from big game hunters to water travellers and inventors of bark canoes.  These ingenious people of the land adapted to a vast landscape of varied terrain and seasons in brilliant ways that made the continent navigable ocean to ocean to ocean to ocean.  It was only far, far later that European explorers, mapmakers, fur traders arrived and were led into these lands by the people who knew them best.  So yes, we read the journals of Alexander Mackenzie, David Thompson and others, and we loved the paintings of Francis Ann Hopkins – all of this recorded history is important but the route was not discovered by any of them.

Q: Did you fish and hunt along the way? What did you eat?

A: We trolled a fishing line behind the canoe. At campsites in August, we picked blueberries. But mostly we relied on our dehydrated foods that we had packaged up and sent to Royal Canadian Mounted Police detachments across the route prior to our departure.  This was particularly helpful on the second year of the journey as communities were few and far between.  Then of course there were the Hudson Bay Company stores and community groceries where we picked up fresh food along the way.

Q: What was one unique aspect of this journey?

A: For 35 weeks over two years, we kept in touch with Alan Millar of CBC Radio’s Ontario Morning on a weekly basis.  At the press conference held by our major sponsor Labatt Breweries, the producer Bob Burt set up this ambitious plan with confidence that we would somehow carry this out.  In the days long before the invention of cell phones and satellite service, we relied on payphones and radio phones and Bob’s ability to “hold” interviews for the Thursday morning broadcasts.  Once into Manitoba, Saskatchewan, Alberta and the NWT, we also kept in touch with their provincial counterparts.  It was a wonderful nationwide network through which we met thousands of people during and following the journey. 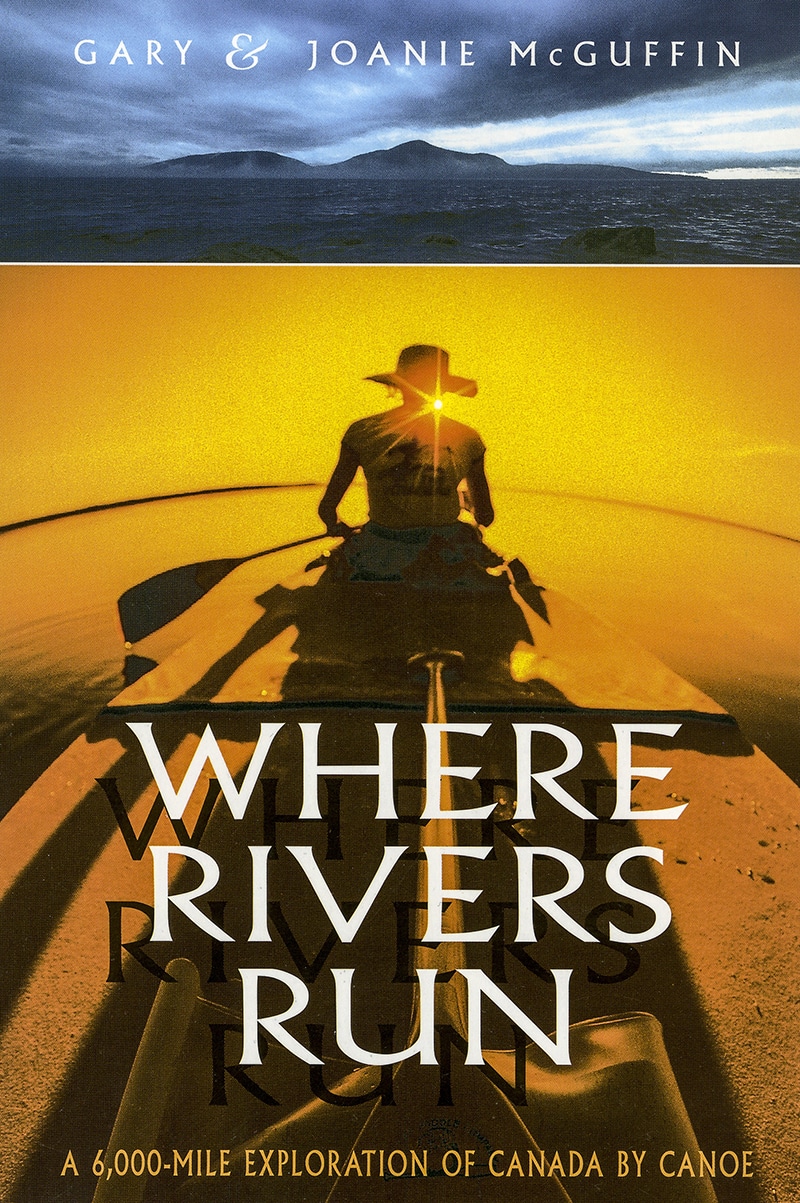 Where Rivers Run is the record of a remarkable odyssey across Canada by water. To fulfill their dream of travelling from sea to sea in a canoe, wilderness adventurers Joanie and Gary McGuffin, recently married, set out from the Gulf of St. Lawrence. Two years, 6000 miles and 10 million paddle strokes later, they reached the open waters of the Beaufort Sea. Along the way they faced hardships as they challenged many of this country’s most challenging rivers. In the process of realizing their dream, the McGuffins discovered a Canada that few ever see.