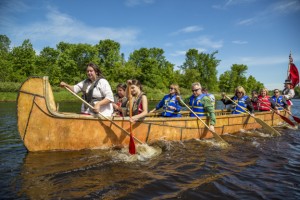 On June 18, Gary and Joanie McGuffin were honoured to present the Lake Superior Water Trail at the 2015 Trans Canada Trail (TCT) Annual General meeting. The AGM took place at Thunder Bay’s Fort William National Historic site. The 3-day event included the AGM meeting with slideshows from Joanie & Gary about the Lake Superior Water Trail and Carrie Nolan about Path of the Paddle Trail.  Later the Path of the Paddle ambassadors received a grand Voyageur send-off for their summer long journey.  On June 19th, there was a grand Voyageur Canoe paddle-in entrance to the Fort with dignitaries and TCT champions which included Laureen Harper, Valerie Pringle and Joanie and Gary McGuffin. The Grand Canoe Party was greeted by a musket and cannon salute along with bagpipes that led them to the centre of the Fort for a major funding announcement. 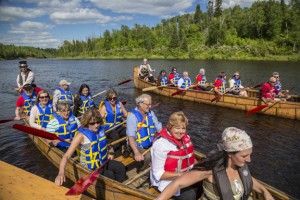 A $2 million dollar joint gift from TD Bank Group and the Ontario Trillium Foundation was announced with another $1 million grant matched by the Government of Canada to help fund the development of the Trail for Northern Ontario between North Bay and Thunder Bay. The goal is to connect the trail from coast to coast to coast by 2017. Once completed, the Trans Canada Trail will stretch almost 24,000 kilometres and will include urban, rural and wilderness trails in every province and territory. 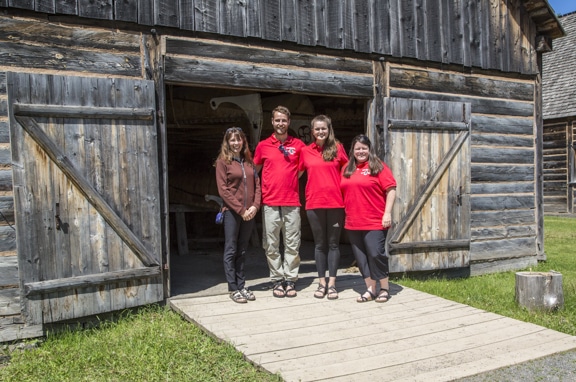 Joanie with the crew from TCT’s Path of the Paddle Carrie, Hadley and Paul 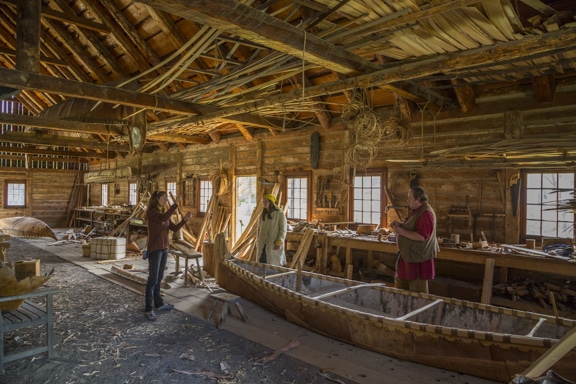 Joanie talking with the birchbark canoe builders at Fort William 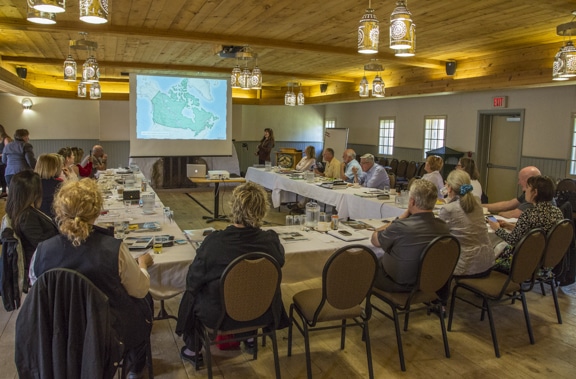 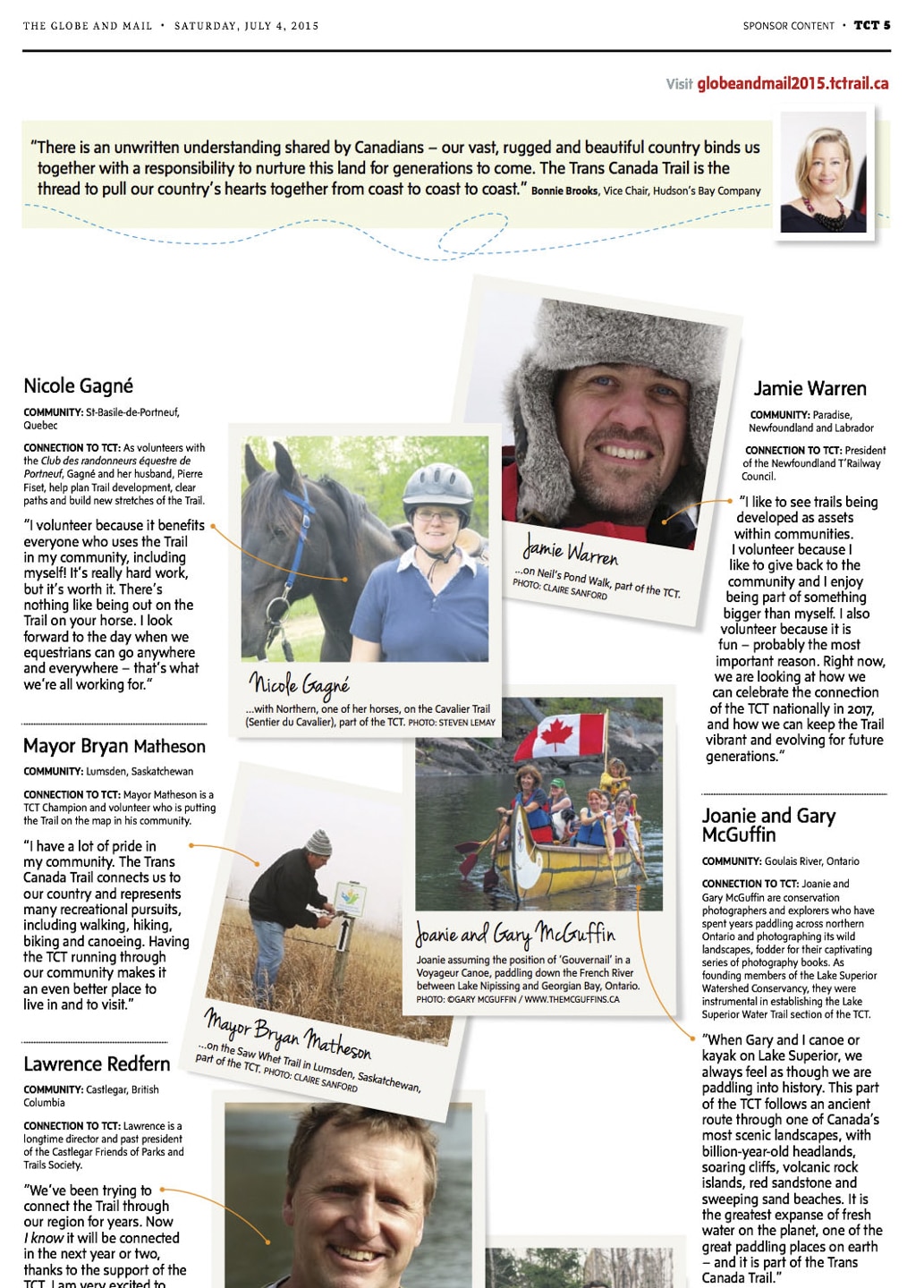