“Painted Land researchers -Nancy Lang, Gary McGuffin, Joanie McGuffin, Rebecca Middleton, Emma Hambly and Michael Burtch won the prestigious Barbara Sears Award for Best Editorial Research at the gala Canadian Screen Awards evening in Toronto on March 7th.  “I think everybody thought the Group of Seven was researched to death,” remarked Gary McGuffin. “That there wasn’t anything else left to uncover about the Group of Seven. I think we’ve put the painters into another social consciousness because we have discovered that there is much more to the Group. We’ve discovered exactly where they walked, where they paddled and where they painted.”  Read more in our community’s online newspaper.” Northern Hoot Painted Land’, Filmed in Algoma, Brings Home Canadian Screen Award! 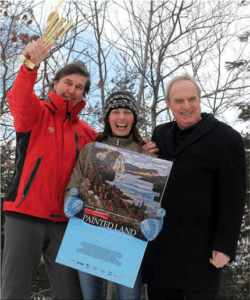 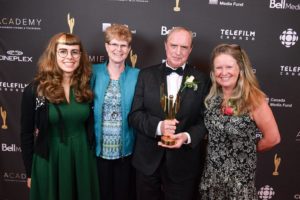